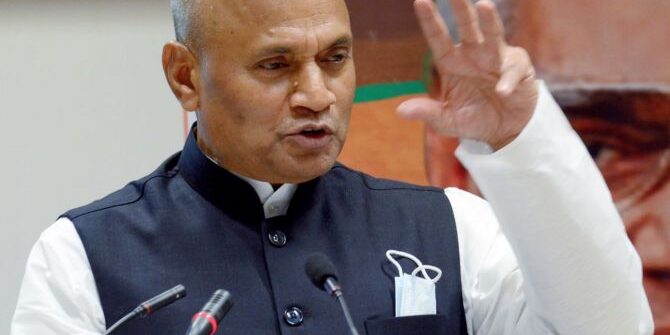 JD(U) leader and Union minister R C P Singh on Thursday echoed a longstanding BJP plank against the choice of Jawaharlal Nehru as the country’s prime minister, claiming that he got the top post despite enjoying little support in the Congress’ organisation and that it was our “first mistake”.

The former JD(U) president’s sharp take on Nehru is significant as Nitish Kumar, the party’s main face and Bihar chief minister, is not really known for holding strong views against India’s first prime minister and has in the past even praised him.

Speaking at a seminar on “Threat of Dynastic Political Parties to Democratic Governance”, organised by RSS-linked Rambhau Mhalgi Prabodhini, Singh also countered the Congress’ repeated emphasis about leaders from the Gandhi family making sacrifice for the country, saying one has to bear whatever comes with the post he or she holds.