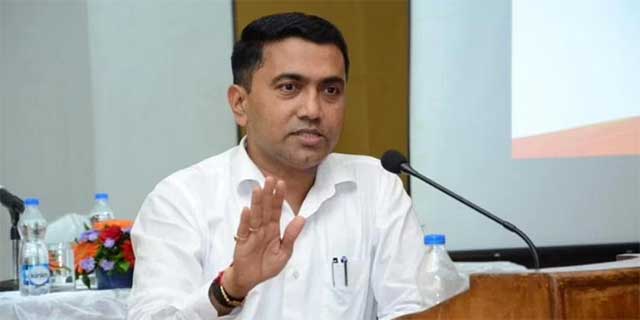 Goa Chief Minister Pramod Sawant on Monday said that ‘Rules of the procedure and conduct of the business’ of state assembly are like ‘Bhagavad Gita’, which every MLA should follow to become successful and studious, and to take the good democracy ahead.

Sawant, speaking at a training workshop for MLAs organised by Goa Legislative Assembly and Rambhau Mhalgi Prabodhini, said that MLAs should also bring personal secretaries for such training, so if they miss something then at least the personal secretary grabs it.

Governor of Himachal Pradesh Rajendra Arlekar, Goa Assembly Speaker Ramesh Tawadkar, and others were also present on the occasion.

“Very few (MLAs) read ‘Rules of the procedure and conduct of the business’. I feel it is like a Bhagavad Gita, which helps to execute works successfully as MLA. We should make use of it and understand it. We should follow rules, only then one can become a studious MLA. We can effectively participate in debate and discussion and place our issues,” Sawant said.

“We can do good work on the field. But after reaching Vidhan Sabha, if we don’t go through rules, and don’t understand it then it will be not possible to prove ourselves as good MLA. We need to understand the rules and regulations to become good MLA,” Sawant further said.

He said both the ruling and the opposition benches should use these tools.

“I am in ruling… but I will not do what I want. It should not be out of the Constitution. In case it doesn’t happen, then before the common man asks us, the opposition can question us in a better way taking the help of rules,” Sawant said.